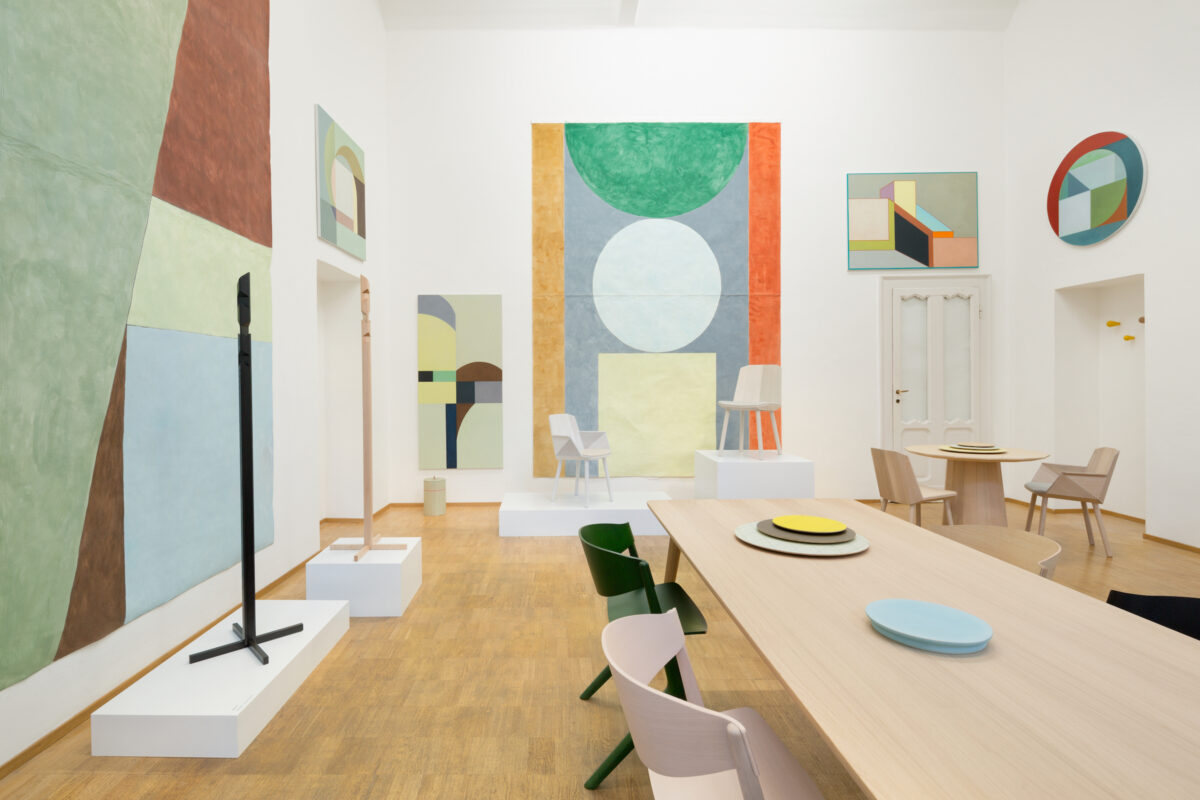 The Milan Design Week 2016 Karimoku New Standard exhibition, held in an atmospheric space hidden in the courtyards of the historic 5 Vie district, involved Italy-based Korean artist Chung Eun-Mo.  David Glaettli/GDD  invited Chung Eun-Mo to create an extensive installation that brings the Karimoku New Standard furniture into a dialog with her intriguing paintings.
Karimoku New Standard furniture has the aspiration to penetrate the mundane and re-think objects, starting at their origins.  This design week exhibition was entitled Standard , not defined as normal, common, but as exemplary, directive. I felt that confronting the furniture with Eun Mo’s work could convey this concept in an unexpected and intuitive way.
Born in Seoul, Korea, Chung studied in New York, and lives and works in Italy since 1987, currently in Torre Orsina, Umbria.
Besides her work as a painter, she has designed a series of carpets for Memphis / Post Design.