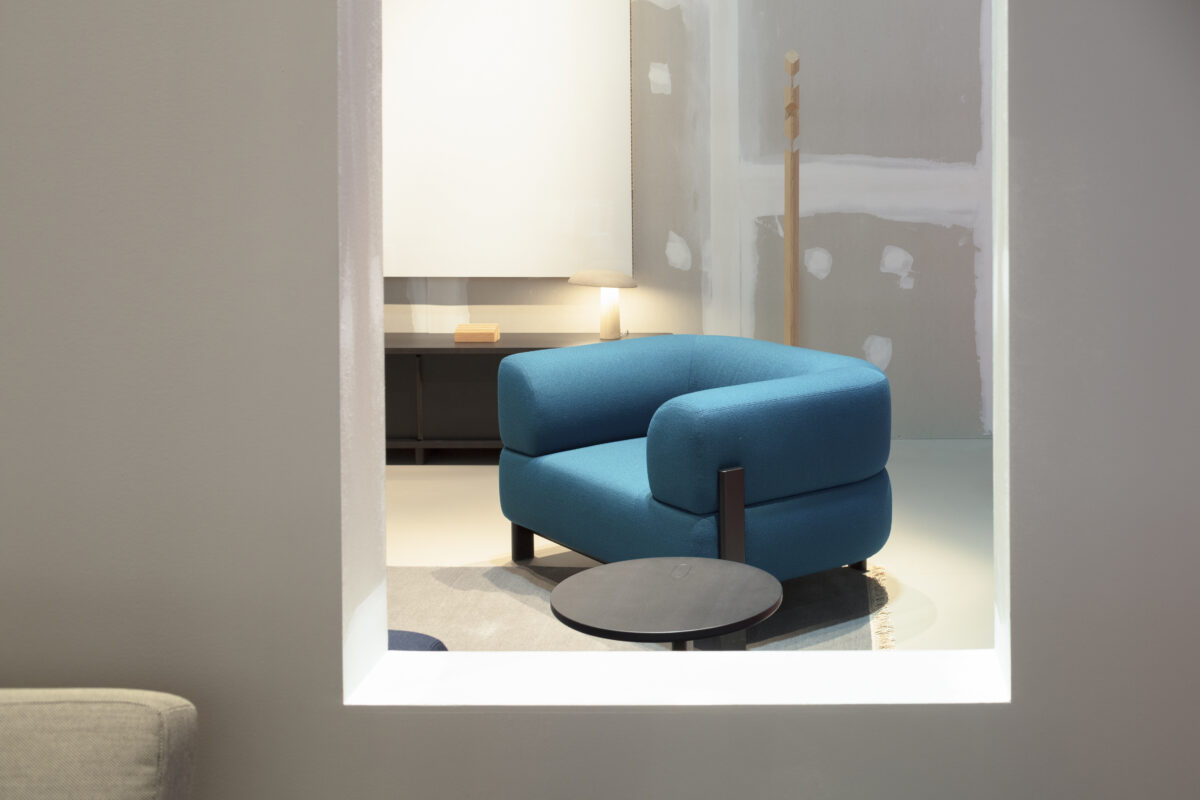 In celebration of the 10th anniversary of the Karimoku New Standard/ KNS brand,  the stand design for Salone Del Mobile di Milano, 2019 was inspired by a construction site, representing a creative space of change and progress. Building on the themes of “unfinished” and “imperfect”,  the stand contrasted and contradicted the shiny, superficial spaces found at trade shows, deliberately exposing what lies beneath the surface and using it as a design medium. The construction site also represented the ongoing development of the KNS brand. What began as a small project for designer collaborations has grown into an international design brand, active in fields including offices and public spaces, and exploring new ideas in kitchen and lighting design. The stand’s space was separated into loosely interconnected scenes reminiscent of a contemporary office space, with areas for meeting, eating, co-working and relaxing.