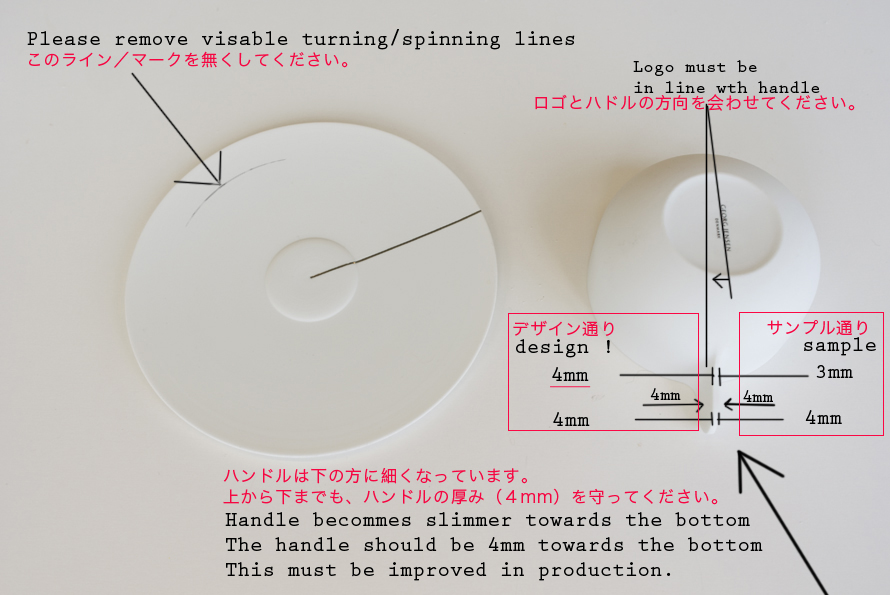 Through the 1616/ Arita Japan project with Scholten & Baijings, Danish company Georg Jensen took notice of Arita and decided to produce a new series.  This series was named “Tea for Georg” and was designed by Scholten & Baijings in Arita as an OEM assignment. Making use of the profound know-how of the local craftsmen, nearly impossible designs could be realised.  For example the thin but perfectly flat top of a cake stand with a graphic print.
This project involved mediation between the Japanese producer Momota Touen, Georg Jensen and the designers.  Also provided by GDD was project coordination, translation and the reviewing of product samples.