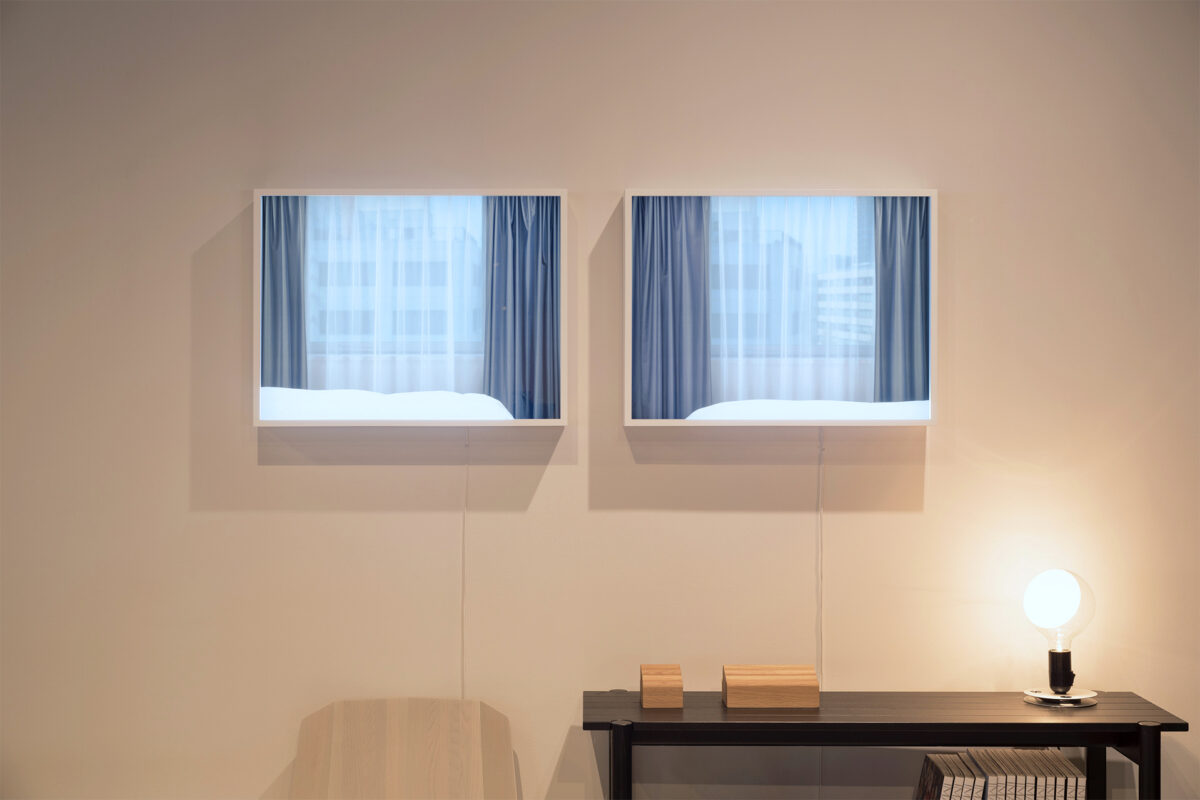 During Tokyo Design Week 2017 Karimoku New Standard exhibited under the title Variations/Situations at the AXIS building in Roppongi, Tokyo in the IMA concept store.  This location was shared with the French photo gallery Yellow Korner.  Recognising the creative opportunity of exhibiting at a photo gallery, David Glaettli/GDD collaborated with the Tokyo based photographer Gottingham (Gosuke Sugiyama) to create an installation where furniture interacts with photographic artwork. The exhibited artwork was originally created by Gottingham in collaboration with David Glaettli during the photo shooting for the Karimoku New Standard Catalogue 2017.  During this previous creative collaboration, large walls staged a set of interior scenes. After shooting every scene, all the furniture was removed and the empty, artificial space formed by large, mobile walls was photographed. This led to a series of strikingly enigmatic photographs that at first glance show an empty architectural space, while at second glance show a staged space with unclear size and scale. At the exhibition in the neutral gallery space, the photographs were shown in specially designed backlit photo frames and arranged with the Karimoku New Standard furniture placed in front of the pictures. In this way, the photos of the empty spaces formed a kind of “borrowed landscape” for the furniture, or inversely, the furniture seems as if fallen out of the pictures on the walls.
The project involved location hunting, exhibition concept, planning, styling and the selection and direction of collaborators.