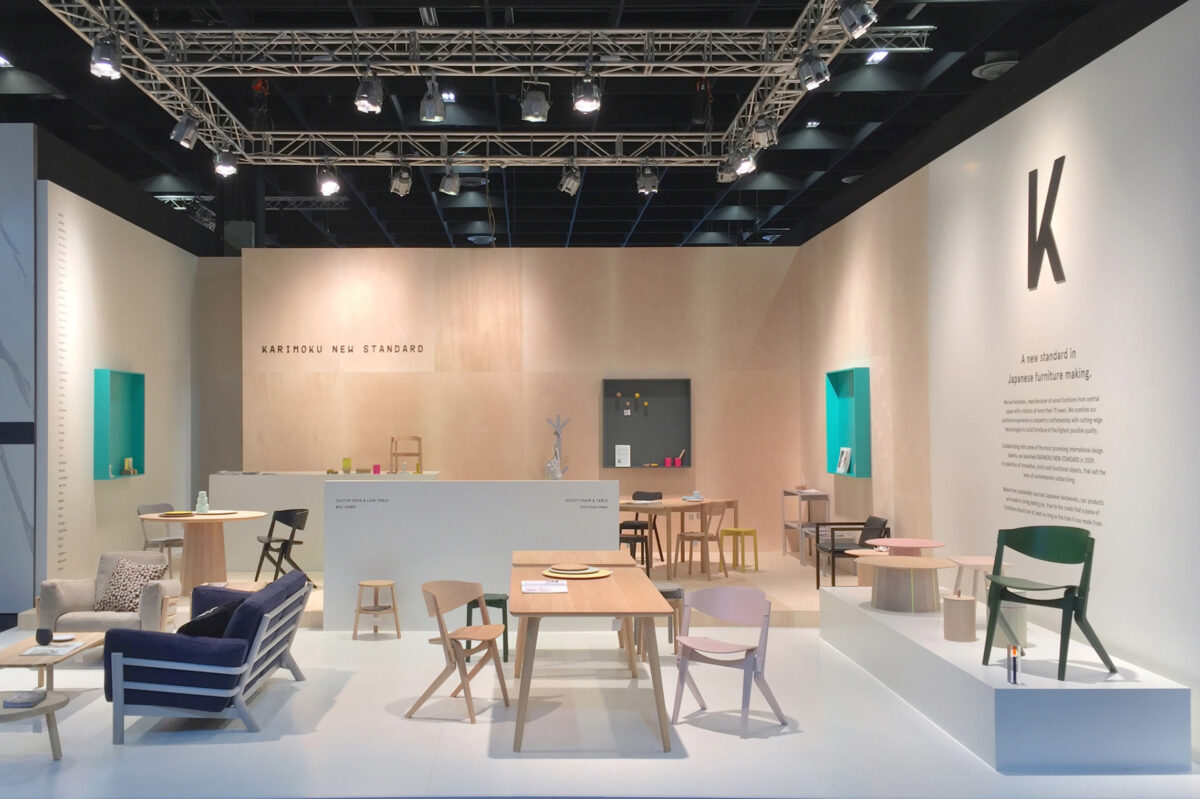 In 2016, GDD returned to IMM as the stand designer, creator, and implementor for Karimoku New Standard. This iteration of the stand was assigned a square shaped layout with walls on 2.5 sides. Using the space given as a springboard for the stand’s concept design, GDD structured the area by creating an “inside” within the existing walls, and an “outside” with a different materialistion and atmosphere. The large walls of the “inside” area were equipped with multifunctional coloured wall module shelves that displayed accessories and doubled as abstract  “windows”.  The colours of the exhibited furniture were emphasised by simple, fundamental materials that also underlined the timeless and functional design approach of the brand.
GDD not only designed this stand, from concept through completion, but also created it in coordination with the local constructor and implemented it by supervising the construction on site. 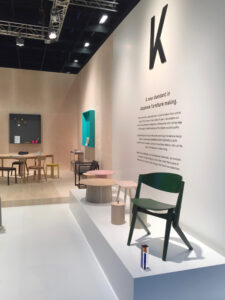 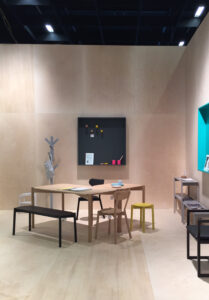 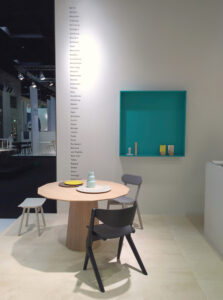