The Paper Porcelain series, designed by Dutch designer duo Scholten & Baijings, had originally been a limited edition, handmade in the studio of the designers. Inspired by cardboard models, the series was made using a specially mixed clay that would appear and feel like cardboard. Due to the special clay and the extreme thinness of the pieces, mass production seemed almost impossible to the brand HAY as it searched for a producer. Only when the designs were brought to Arita could they be realised by drawing on the skills and profound know-how of the Arita craftsmen.
This project involved mediation between the Japanese producer Momota Touen, HAY and the designers.  Also provided by GDD was project coordination, translation, product development supervision and the reviewing of product samples. 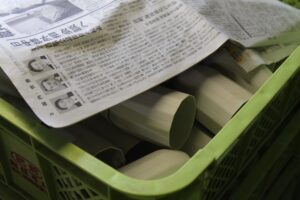 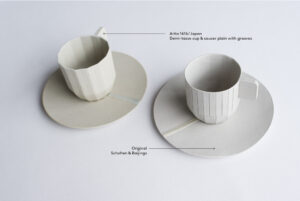 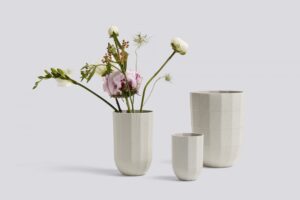 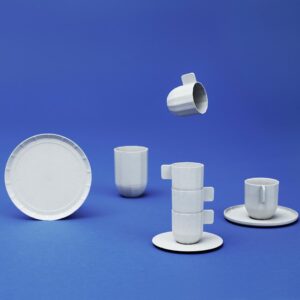 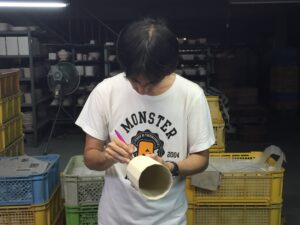 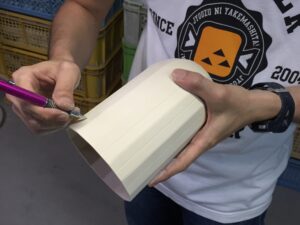 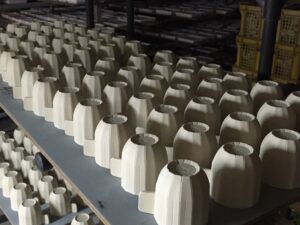 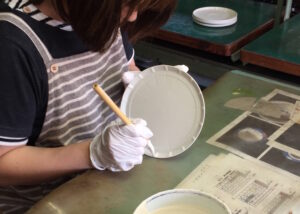 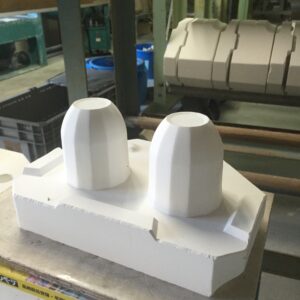 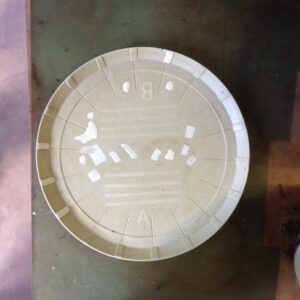 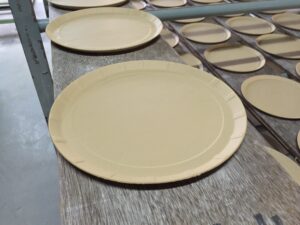 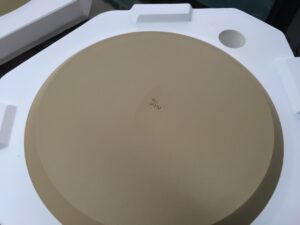