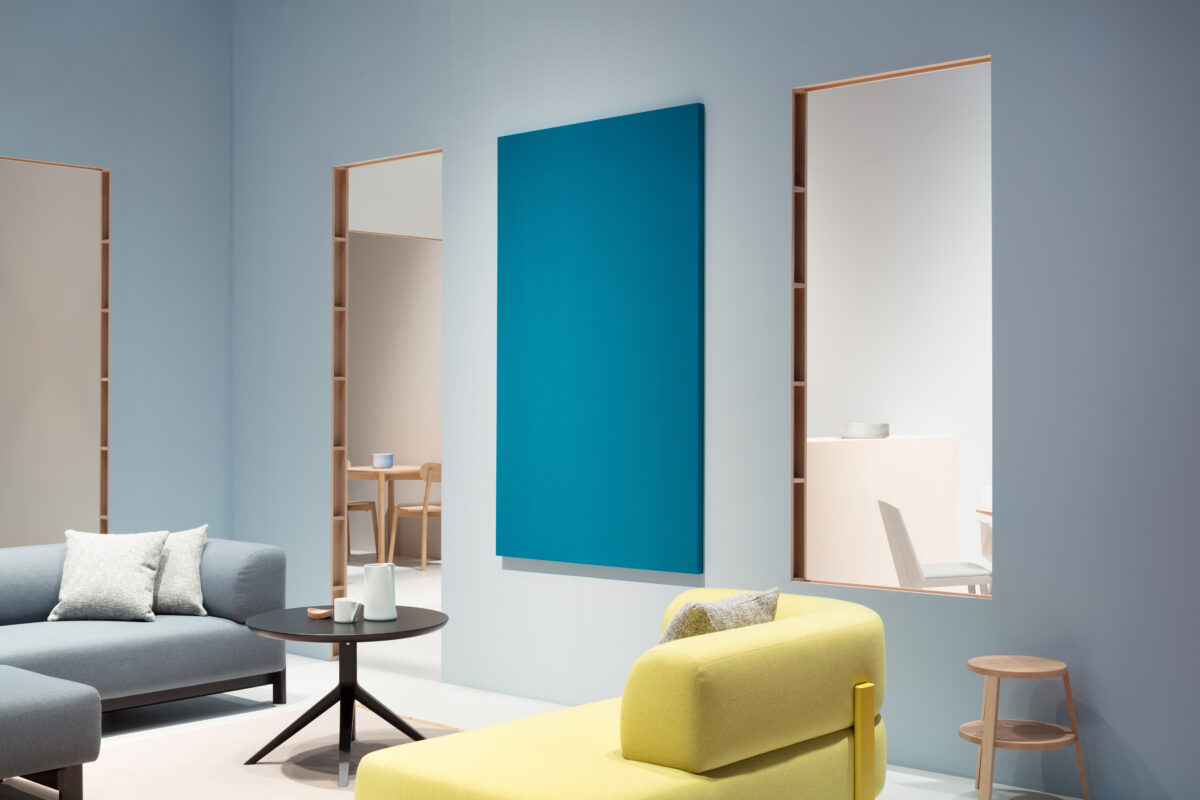 In the past years at the Salone Del Mobile, Karimoku New Standard exhibited in “real” spaces, such as actual apartments and office spaces in the centre of Milan.  It was important to us to show that the furniture, with its contemporary and unique character, fits into every kind of space, both eastern and western, new and old, private and public.
In 2017, Karimoku exhibited for the first time in a booth at the Salone Del Mobile trade fair at Rho Fiera. The challenge for this exhibition was therefore to show the furniture in a natural way that would stimulate the imagination of the visitors, but without faking a real interior.
To achieve this, the concept for the stand design was a “life-size mock-up”.  The stand openly expressed it’s true character, a mise en scène.  Six rooms formed an open space that could be viewed from the outside like a doll house.  The walls’ particular edge detail allowed the interior construction of the wall to show, making the doors and windows appear as if they were cut out of cardboard. 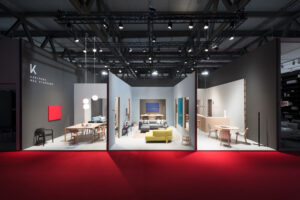 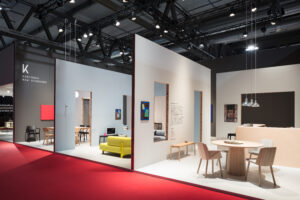 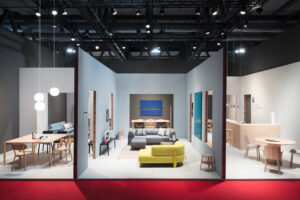 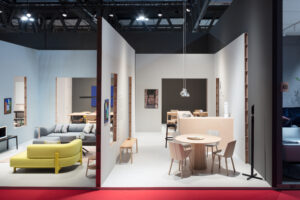 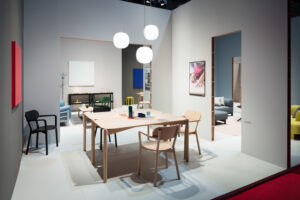 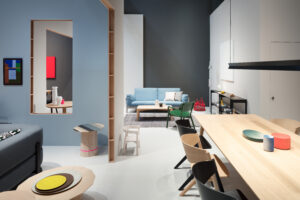 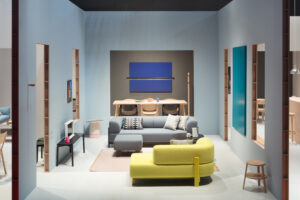 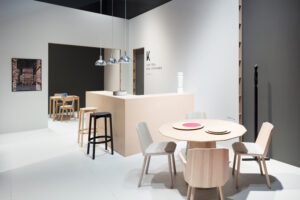 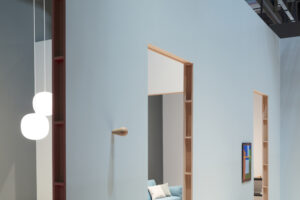